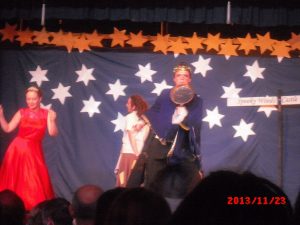 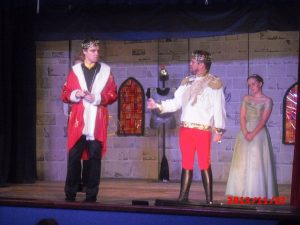 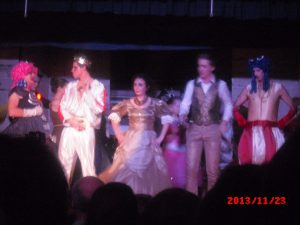 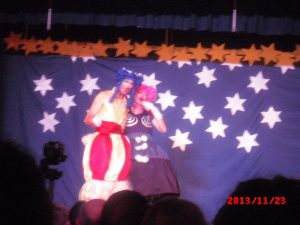 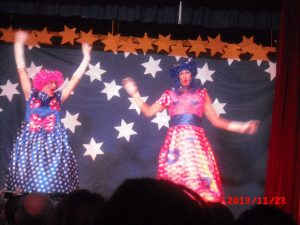 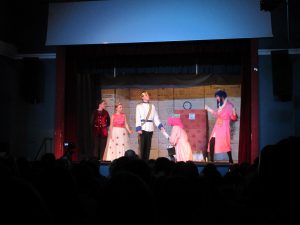 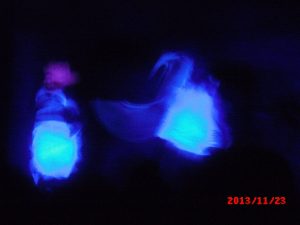 You may think you know the story of Cinderella, but if you came to the theatre in Ispra on November 22nd or 23rd expecting the usual narrative of a down-trodden girl becoming a princess, you were in for a surprise, because this was the Benvenuto Players panto version of the story. Alison Parnell who wrote, directed and produced the show, is well known for bringing her own slightly whacky twists to the plot of panto stories and this production of Cinderella was no exception.

Cinderella (Deborah Rodari) was, as usual, tyrannised by her ugly sisters “Gladys and Maud (Railton Munn and Sandy Clark). But that’s as far as tradition carried. For King Charming (Per Leokkemyhr) was fed up with being king and wanted to go to Esselunga like ordinary people could. Worried about leaving his good-looking but useless son (Gert Suurkusk) and daughter (Sarah Turner) in charge, he enlisted the help of the Town Clerk (Chantalle Krawjeska) and her assistant (Esther Munn) to run the Kingdom in his absence. Cinderella’s best friend Buttons (Marta dos Ferriera Santos) and his mum Toggles (Dorian Bielski) decide to save the Kingdom (and Ispra) by casting a spell on the nasty Prince Charming and altering the constitution. Meanwhile Dandini (Nikolai Veresinin), the rightful heir to the throne had fallen in love with Cinderella. Their dreams of owning a pizzeria, three kittens and a tree house were thwarted when the Charming children threw Dandini into prison. So Prince Charming, in this version of the story, was the baddy and was enthusiastically booed by the audience. But help was at hand as Toggles rescued Dandini while her friend the Fairy Godmother (Chloe Bruno) supplied Cinderella with a ball gown, glass slippers and magnificent coach so that she could go to the ball.

True to the Perrault story, the magic ran out at midnight and Cinderella had to return to her sweeping instead of running away with Dandini. But as in all good pantos the goodies got their rewards and the baddies their punishments. Dandini and Cinderella got married, blessed by King Charming while the alluring can-can dancer (Imogen Munn) dismissed the Charming Children from the scene. And they all lived happily ever after.

The audience never missed an opportunity to boo, shout, sing along and generally join in the fun produced by the crazy plot twists and superb acting.The costumes were dazzling, the transformation of the pumpkin into the coach was spectacular and the music, written especially for the show by Robin Finetto helped to make this a truly memorable evening.